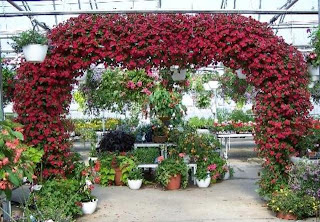 Enright Gardens has been in business for over 30 years, starting with only one greenhouse. Now with the addition of our latest tomato house we have 18. Our newest greenhouse will house the tomatoes we are raising to be sold at our Edgerton location and at the Kansas City River Market.Steve and Sue came to Edgerton in 1976. 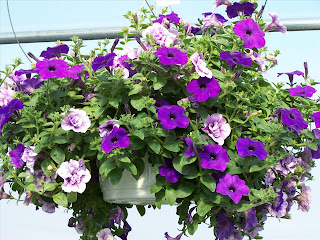 They built their first greenhouse and began growing mostly tomatoes and vegetables, which were transplanted to a field on their property. The harvested vegetables were sold at the Kansas City River Market. After a few years, they decided to follow in Sue's parents' foot steps and began raising flowers too. 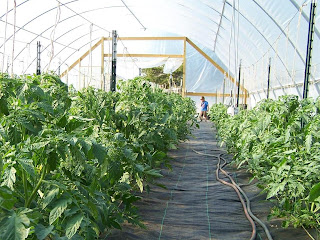 As their focus shifted from raising vegetables to growing bedding plants, more greenhouses were erected. Eventually, they stopped growing the vegetables in the fields, but still raised the vegetable plants in the greenhouses. A love for growing quality plants has been part of both Steve and Sue's entire lives. 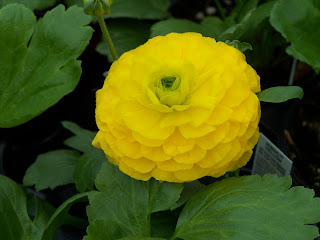 As children and throughout their teenage years, both Steve and Sue helped raise plants and sold them at the Market. In fact, Steve and Sue first met each other at the River Market while selling their goods. Bo, who is Steve and Sue's only son, was raised in the fields and greenhouses, learning about plants as his parents worked. He harvested vegetables and melons, watered the flowers and helped sell the plants at the Market. After working for a decade as a diesel mechanic, he has returned to the business his family has known for years. Now, along with his parents, he has started the process of teaching his 4 year old son Ethan the art of caring for plants. 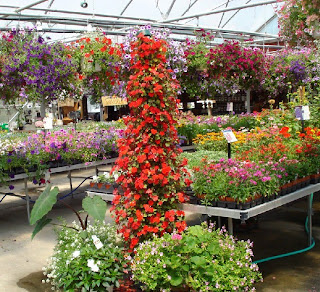 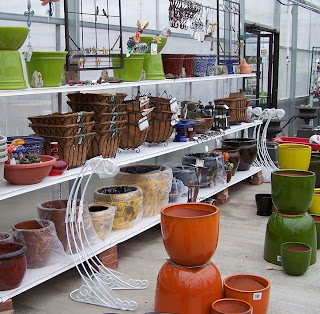 I love that first photograph. The trellis is lovely. ~olive

How cool to have this close by!

I am afraid I'd be there quite often...

I love multi generation businesses - especially nurseries. We have one in Greenwich, CT that just turned 100 years old - I'm there ALL the time - even just for inspiration! Love your photos!! Happy 4th!!! Elizabeth

Looks like a beautiful nursery and I love reading about the personal history of such special places!

These are amazing images!! I love walking around garden centers just to feel like I am at a park with nothing but beautiful blooms around me. Thanks for sharing, Kathysue

What a wonderful family success story. Thanks for sharing these photos of an amazing place.
Have a wonderful 4th!
Lisa

I love the part about how they "began raising flowers too". Very sweet and beautiful story!

If I could only visit this place i would buy half of it :)
Lovely story

What a Beaufiful story. It's amazing how we can find "Art" in the smallest things in life.
Your post made me think of a quote by Ralph Waldo Emerson
“Plants are the young of the world, vessels of health and vigor; but they grope ever upward towards consciousness; the trees are imperfect men, and seem to bemoan their imprisonment, rooted in the ground.”

Hi Karena, I love to hear about family owned and operated businesses. This sounds and looks like a gem. All I have near where I live are the huge conglomerates where the people selling the plants hardly even speak english much less have the knowledge that your sponsors have acquired through years and years in the business.

The images inside the greenhouses are impressive. It's funny - I'm always amazed at how time passes so quickly when I hunting for plants and flowers. I do just sort of lose myself. So much beauty to take it - love it. Enjoy your week! =)

Garden houses are a dangerous place to be for me ~ I'm like a kid in a candy store!!! This looks like a seriously wonderful one, too. Fun that they are sponsoring your blog, Karena! xx Suzanne

Love garden stores and nurseries just like this one...great story behind the business too!

What a wonderful place to shop!I love to patronize family businesses, too.

Garden centers are very special places indeed! There is the huge one in San Francisco (can't remember the name now..) that I am hoping to go to in October when I'm out there. Also, there is Styer's in Glen Mills, Pa.

What a great resource for you-
Your photos are wonderful.
I enjoyed visiting-
Thank you for visiting my blog,

It is all beautiful, I love the trellis.

It's wonderful to hear about family businesses like this. And the fact that it's a garden center is all the better...I love places like this! I always come away so inspired.
XO Piper

The end already? I hate it when people say summer is over and here in Vancouver it's just begun. . . lovely photos!

You won the giveaway on BB&B!!
Please e-mail me your address :)

LOVE going to the nursery... we have a FAB one nearby I LOVE to visit!!!

Hi,
Wanted to tell you there is now a facebook fan page for Gary, my husband's music: http://www.facebook.com/garymarksmusic
and you can follow him on Twitter at: http://twitter.com/gmarksmusic.

What great photos and enjoyed the Storyline!
I love it when businesses are family run- one generation to the next!

Ooh, beautiful. I've been out of touch with the holiday, but I'm glad I stopped by. Hope you are having a wonderful summer. Mona

I absolutely love garden nurseries! In fact, we have one approx. 2 miles from us, GREEN JEANS, and we visit at least once a week. It is like a magic Alice in Wonderland fairytale!

So great...I promised myself I wouldn't spend money at the nursery this year, but Starbucks is right next door, and I found these amazing orange and rust coloured Coleus...I had to buy them. Now, I am staying away from the Starbucks, in order to stay away from the plant hursery!

Great photos Kerena! Hope you are having a great summer :)

I love these images! All the beautiful colors, shopping trips to nurseries like this one make me feel so summery!
Nancy

Love the story and the grounds are gorgeous!!
Take care
Kristin

The first picture is amazing! Great story.
Thanks for stopping by today.
Londen