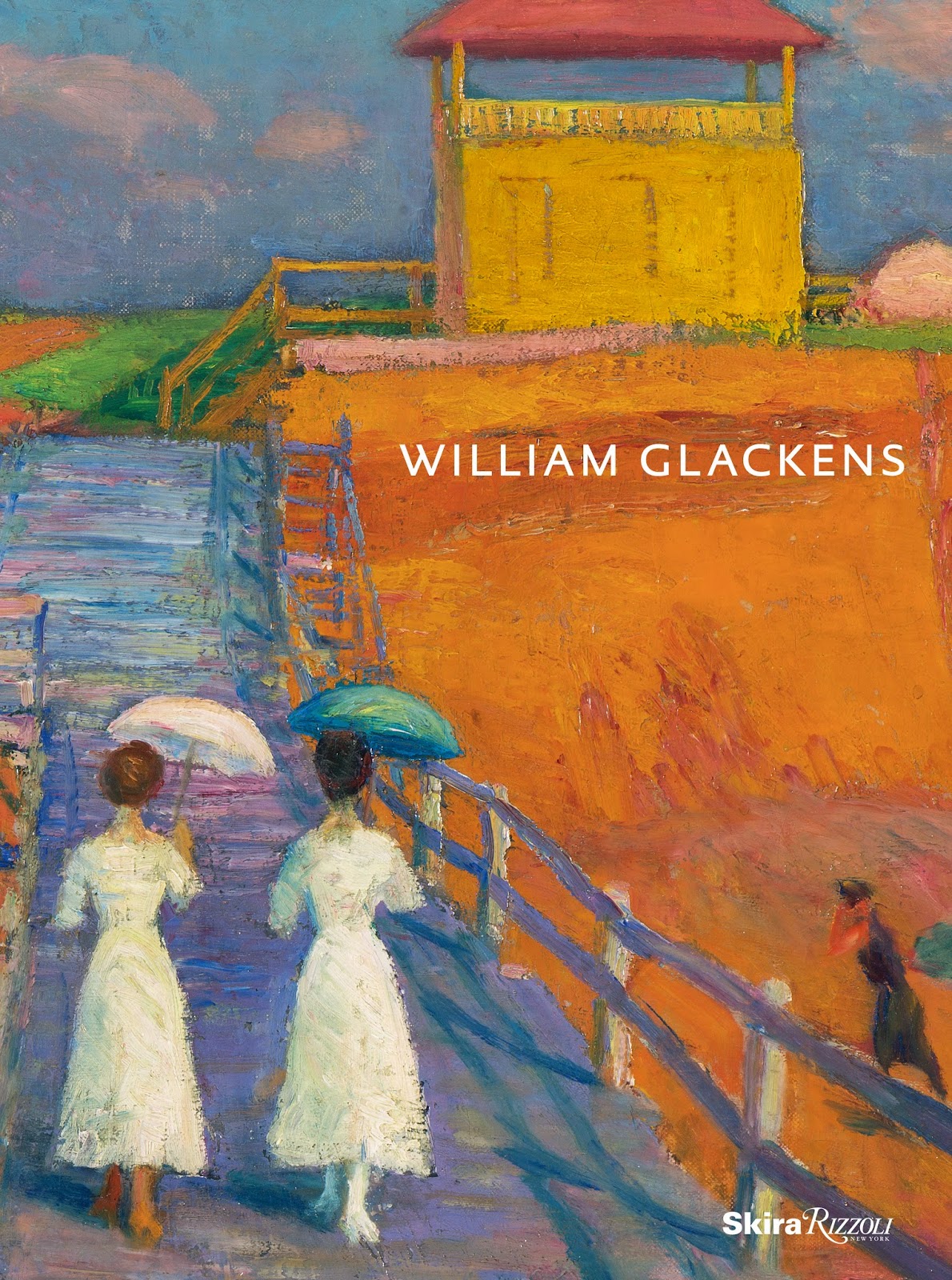 This astonishing monograph accompanies the first major retrospective  of William Glackens works of art, at The   Nova Southeastern University’s Museum of Art, Fort Lauderdale, Florida, February 23–June 1, 2014. Then the exhibit will travel to Parrish Art Museum, Water Mill, New York, July 20–October 13, 2014, and finally The Barnes in Philadelphia from November 8th 1024 to February 2 2015

In a richly illustrated volume  we are provided a comprehensive introduction to William Glackens (1870-1938), not only an important American realist painter, one of the liveliest and most influential painters of the early twentieth century. Glackens was a  founder of the Ashcan School, along with painters such as Robert Henri and John Sloan. He was very crucial to the introduction of modern art in the United States through his collaboration with Albert C. Barnes and his championing of landmark exhibitions of American and European avant-garde art.

Traveling to Europe with Barnes in 1912, they returned with works by Renoir, Picasso, Pissaro, Van Gogh, Cezanne and others, thus beginning the world renowned Barnes Collection of Art

The Ashcan School was an artistic movement during the early 20th Century. This group of artists often produced works depicting scenes of daily life in New York City. The most famous artists working in this style included Robert Henri (1865–1929), George Luks (1867–1933),William Glackens (1870–1938), John Sloan (1871–1951), and Everett Shinn (1876–1953), Several of these men met while studying with  the renowned realist Thomas Anshutz at  The Philadelphia  Academy of the Fine Arts.  Several also worked together as illustrators during this time period.

The finest of his works spanning over a fifty-year career, includes paintings previously unknown to the general public, are reproduced in this magnificent tome including intimate nudes, portraits, and figure studies to vivid still lifes, vibrant street scenes, and landscapes, in which he captured people and their surroundings with matchless spontaneity and spirit. The book features essays by important scholars examining the artist's relationship with French painting, his social observation and interest in costume, his depiction of women, and his role as a tastemaker.

This is the first all inclusive survey of William Glackens in nearly half a century, and this exhibition brings together 45 paintings and 20–25 works on paper from public and private collections throughout the United States. Glackens’s influential career spanned five decades and this exhibition will enlighten  a new generation with the breadth of his oeuvre. Glackens reveals through his art his delightful passion for life, as well as his cache of refined, painterly techniques. Several important canvases and works on paper will be on public view for the first time.

Glackens urged his younger friends and students to paint in the robust, loose, and unrefined  spirit of his favorite poet, Walt Whitman, and to be unafraid of affronting the current tastes. He believed that working-class and middle-class urban settings would provide better material for modern painters than drawing rooms and salons.


There is both an intensity and luminosity to his palette. When I look at many of Glacken's paintings, there seems to be a slight veil that beckons one to peek behind and see into the real glory.


The sea was an important part of Glacken's life and a recurring setting for many works of art. His bold bright and spontaneous brushwork is breathtaking.

While you may see influences of Monet, Cezanne, Hopper, and others, Glacken's style stands out in a most compelling and beckoning way that you will love! 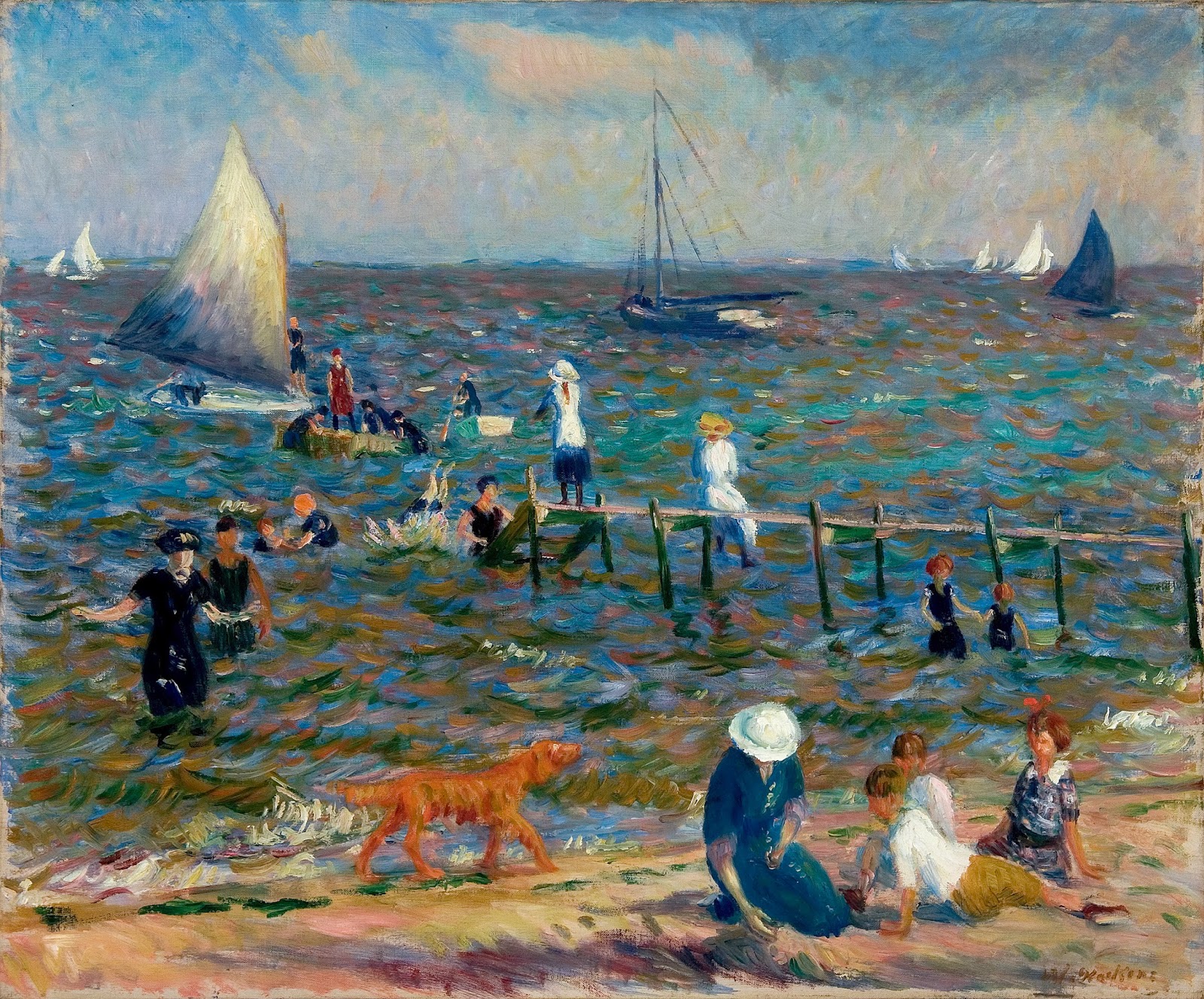 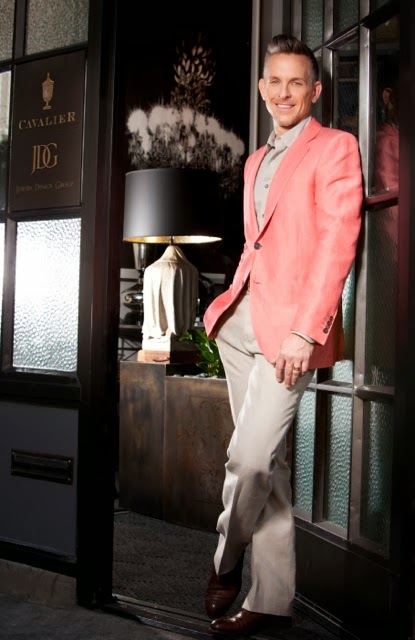 Jay standing  in front of his shop Cavalier, filled with carefully curated handsome bespoke, antique and vintage items for the home. From Jay, I truly believe that if you surround yourself with beauty, you will be a happier person for it. So very true!

Jay Jeffers, a designer known for his bold use of saturated color, yet is a genius at the soft monochromatic room, because of the exciting elements he places throughout. As Diana Vreeland said, The Eye has to Travel, and yours will, alighting on unique and memorable pieces in each and every room Jay designs. Myself, I have counted well over a hundred precious finds that could easily drop from heaven and land beautifully into my home!

Jay opened his design business 14 years ago and has been a rising star in this highly competitive business ever since. He is  genuine, understated , and has the panache to bring his clients dreams to life! The great Albert Hadley has been an influence and inspiration to Jay.

This stunning book is divided into four sections, plus one about Cavalier the shop he and  partner MIchael Purdy have made into an experience for the senses.

He begins with the section Collected Cool, rooms thoughtfully layered over time through a multitude of unique details.


PLease click on any of the images to enlarge for detail

Ultimately Fine Art, accessories, and personal objects are the souls of a room. Each piece brings its own energy to a space;it can set the mood or disrupt it in an unexpected but inspiring way.

I have the privilege of working with many clients to curate collections of fine art and objects, and whether their prized collections are wonderful things they picked up on their travels or family heirlooms, they speak of a life well lived

You will be thrilled at the collected works of art throughout the pages of this incredible book! There are Montages of artfully done elements, do take time to appreciate the details. 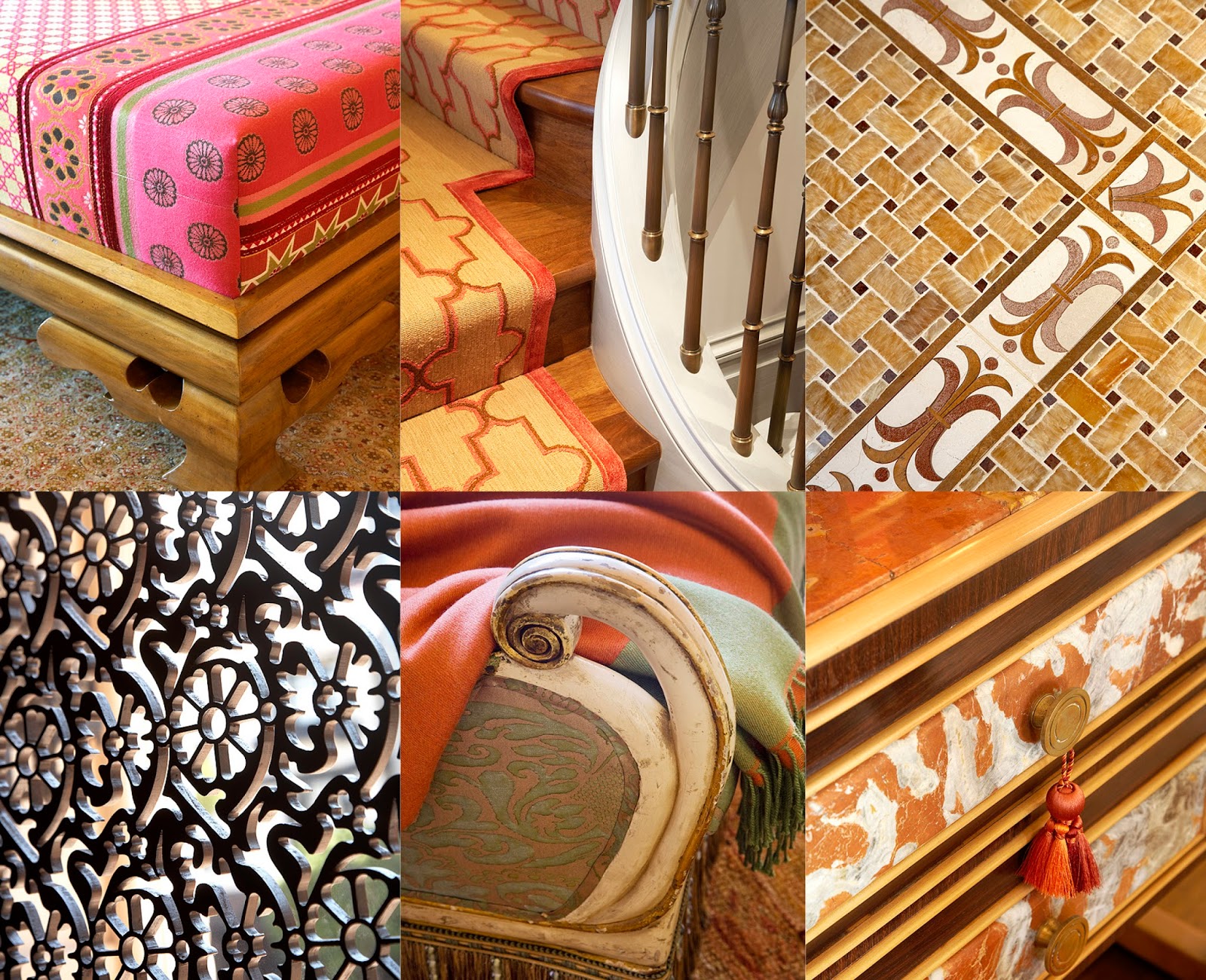 There are persimmon hued walls in the living room with a hot pink lacquer table. Look at the lines of the gray velvet chairs. Then the gray and cream on the lower wainscot show how no detail is left to chance


Thank you Jay for this fabulous Springtime offering that will have us cherishing it throughout the year! Bravo!


You may reach Jay through Jay Jeffers Design Group
Please purchase his book Jay Jeffers  Collected Cool as it is a collectors item for your design library!


xoxo
Karena
The Arts by Karena

Thank you to my friends and followers who support The Arts

Please take time to peruse previous features in the Archives I know you will enjoy!

The first time I saw Kathi's creations I was mesmerized by the intricacy of her designs. In spite of the uncertainty life as an artist brings, she has followed her dreams and brings beauty into the lives of many through her artistry. Specializing in couture pillows, custom slipcovers, and bespoke lampshades, she magically transforms fabulous fabrics, tassels  and trims into works of art.

Even as a child Kathi designed and sewed her own clothing. She is always on the quest for unique textiles, working with everything from silks and satins, to velvet and mohair. Finding a special piece by Scalamandre, Fortuny, or Rose Tarlow is always a thrill. Kathi’s attention to the smallest details and her custom embroidery truly make a project sing.

I have always believed that art and artful accessories bring a home’s décor up to a higher level of beauty.  Kathi can be one of the artists to create this atmosphere for you. You can reach her at 206-721-0137, Kathleen's Facebook page,  or email her at kathleen.mullaney@comcast.net

Please enjoy this selection of Kathleen's equisite and artful work!


Thank you to my friends and followers who support the arts!