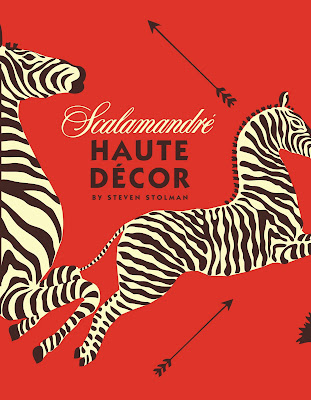 I recently had the pleasure of attending a Holiday Open House at Designers Only here in Kansas City. Steven Stolman, the president of Scalamandre was the featured guest, signing his new book, Scalamandre Haute Decor.

In his book, which was a year in the making, Mr. Stolman takes us through the history of Scalamandre. There is a multitude of founder Franco Scalamandre's correspondence saved in the company archives. It includes letters from the era's top designers and heads of major department stores.

This fascinating book includes hundreds of images featuring  Scalamandre's luxurious fabrics, wallcoverings, and trims that both Interior Designers and their clients crave for their interiors.


Scalamandre has generously offered one of their "Zebra" silk scarves as a giveaway to my readers. Their website offers a varieties of accessories, from pillows and totes to pet beds and ottomans. This gorgeous silk  scarf is valued at $200 and is a 36 inch square.

To enter please follow The Arts by Karena either via Google+ or or email subscription and for an extra entry, on Pinterest.

The winner will be chosen on Thursday December 23rd at midnight EST.

Thank you to my friends and followers who so generously support The Arts.


A design book filled with stunning photography by Francois Halard, Stephen Sills Decoration showcases a selection of incredibly  designed properties. Featuring sixteen homes, including Sill's own country home in upstate New York, you will want to include  this equisite publication  in your Interior Design library! 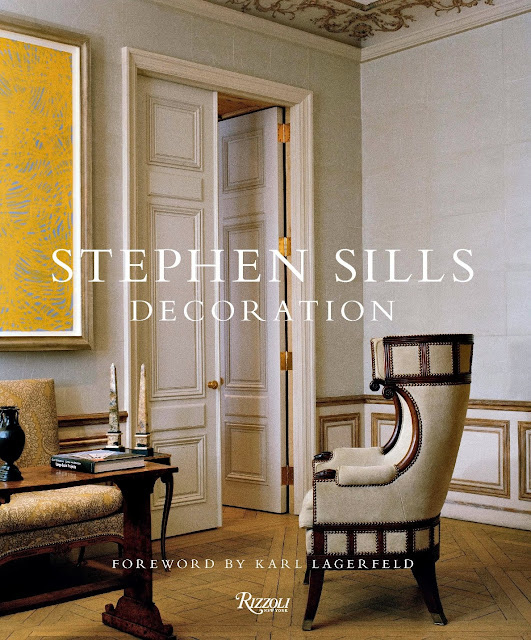 xoxo
Karena
The Arts by Karena
Posted by Karena at 9:23 AM 7 comments: 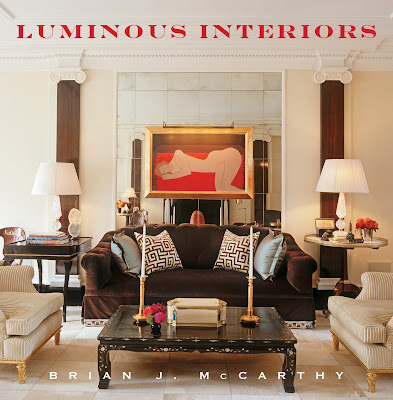 Recently named to Architectural Digest's esteemed  list of Architects and Interior Designers, the 2014 AD100, Brian McCarthy has published a new book on his work, Luminous Interiors.  Destined to be a classic for years to come, there are 200 color photographs of sumptuously finished rooms accompanied by his very personal and descriptive text.

McCarthy joined the venerable Parish Hadley design firm in 1983, where he worked alongside Bunny Williams, who wrote a most admiring forward to this luxe book. Since starting his own firm in 1991, business has grown exponentially as has his elite client list.

Wrapping his interiors in an envelope of equisite finishes, this designer works with artisans around the world sometimes having entire suites of rooms crafted at Feau and Sie in Paris. He uses materials such as  gilt, silver leaf, lacquer, Venetian plaster, and bold architectural elements to transform spaces into his clients vision. 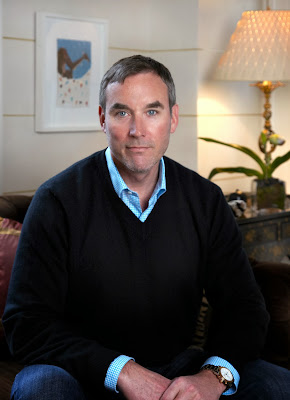 This is  a book I will pick up many times and one that is a must for your library.
Copy and images courtesy of Abrams and Sarah Birmingham of Little Bird Publicity

Thank you to my friends and followers who support the arts!